Networking – Are you socialising for business?

Networking – Are you socialising for business?

If your business serves mainly a local market, networking can be a valuable sales and marketing tool. By establish a network with other like minded businessmen, your greatly increase your chances of being recommended. Recommendations as we all know is one of the most effective ways to generate prospects.

In most areas there will be a choice of groups. Organisations such as BNI are formal, meeting regularly. Within each BNI group there will only be one representative per trade or profession. There are around 600 groups in the UK, joining fees are considerable, but justifiable if they generate sufficient sales.

Most groups follow a similar format at meetings. Each participant will be allowed to make a short pitch, stating what they do and the sort of business they are looking for. This is followed by a guest or participant giving a more extensive presentation. 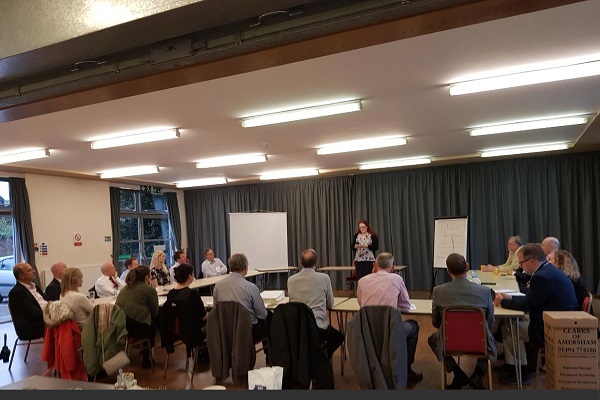 As well as the lead generation opportunity, belonging to a local group provides company, support and an opportunity to share ideas and keep in touch with local news affecting the business community. Many groups offer social activities and most meetings involve food, some even a drink!

Most groups will have websites, Facebook and LinkedIn activity. Many allow you to attend one or two meetings without formally signing up. For the more formal groups with higher fees, it is important to establish their likely value first. Meetings are often held outside of core working hours, before of after work, so take what suits you into consideration.

How to Pick the Best Social Media Platform for Your Business

Brands not engaging with social media in 2022 will miss out on many opportunities to grow their brand and audience. It is safe to say that having a social media presence is essential if [...]

Business Management 101: Marketing Your Business in a Competitive Industry

Without a doubt, one of the most challenging parts of managing a business is trying to market to your target audience. Chances are, your audience is already the target of many other companies, making [...]

How HR Analytics Can Improve How Your Business Operates

Employees are the foundation of any business. Although a company may have a perfect concept, with a wide market which is just waiting to be taken advantage of, without productive, engaged employees, the business [...]

Why CRM is important for your digital marketing strategy

The acronym CRM stands for Customer Relationship Management. If you're running a successful business (or if you plan to do so), your relationship with your trusty customers should be top-notch. CRM is well-known as [...]

For small business owners, the key to success lies in digital marketing. After all, it eliminates many of the common barriers to entry into your desired marketplace compared to more traditional advertising methods. And [...]

How to accurately define your target audience

When we say, "doing everything to satisfy your customers", what does that really mean? The consumer market improved in so many ways that it now requires more refined approaches to customer satisfaction. Just delivering [...]